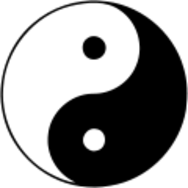 This article written by Leonie Erasmus of CNN is worth reading.

It is about a group of Seniors in Hong Kong that practice their QiGong every week together.

​Slow down and live long with the ancient practice of qigong

You are Never Too Old to do Tai Chi

This article is a great explanation of the importance of QI.

This page is designated to information we find interesting regarding TaiChi, QiGong, and TCM (Traditional Chinese Medicine).

​We hope you enjoy them.

What is stress and what is it doing to your health?

​Read what the Traditional Chinese Medicine World Foundation has to say about managing your stress and balance.

Be kind to yourself....listen to what these amazing people have to say.

Scientific research
​
Recently scientists at Seoul National University confirmed the existence of meridians, which they refer to as the “primo-vascular system.” They say that this system is a crucial part of the cardiovascular system.

Previously, North Korean scientist Kim Bong-Han proposed that he had found meridians in the early 1960’s. Dr Kim Bong-Han showed over 50 years ago that new tubular structures exist inside and outside of blood vessels and lymphatic vessels, as well as on the surface of internal organs and under the dermis. He believed they were the traditional meridian lines. The meridians were called Bonghan ducts or channels, after his research, but now the existence of this system in various organs has been corroborated by further research.

This study examined the effects of Tai Chi and Baduanjin on the Default Mode Network (DMN) in individuals between the ages of 50 and 70 years old.